From staring in the eyes of an escaped adult male chimp, to dancing the night away in a bar with fire breathers and human pretzels I’d say the week has been quite eventful.

I’m also in the process of learning 3 languages, which, if you’ve ever tried to do at the same time is a trainwreck. Luckily none of them are completely novel. Krio is the only new one, but it’s basically a language of colonization derived from English so understanding it is not that difficult. Speaking on the other hand…well, it will take time. Portuguese I was already learning slowly in the last 1-2 years, but now I’m surrounded by Spaniards who are also helping my brain to reinvigorate the Spanish I used to know, while completely messing up my Portuguese. It’s okay, because ‘Abacaxi’ will never fade from my mind. I think my English is deteriorating on a minute-by-minute basis. 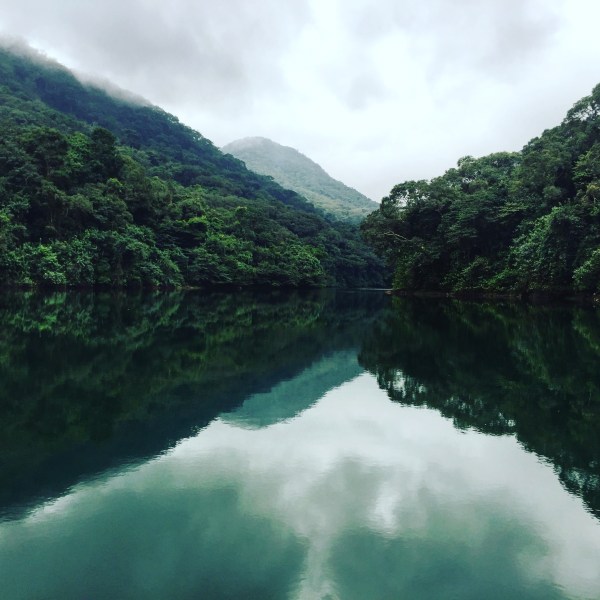 Congo Dam at the foot of the sanctuary, a nice spot to break for lunch on a lazy Sunday

In the middle of one such impromptu Krio lesson, I was informed how to answer the question ‘How de body?’ which is a colloquial form of how are you. The locals either say “How de day?” or “How de body?” – either asking about your day or your body. I find it interesting in a country that has dealt with war and pandemic that they are specifically interested in how your body/health is. Normally I answer with “Fine”, but I was told I will always hear “Naw easy”/Not easy in addition to “Fine” from the staff and locals. This translates to I’m fine, but life is not easy/I’m always thinking of the hard work I have ahead/I’m never REALLY just fine. Which, for me, was really sad, that fine is never a complete answer. Just goes to show how embedded struggle is in this culture, but also, how brutally honest Sierra Leonians can be in their daily lives. 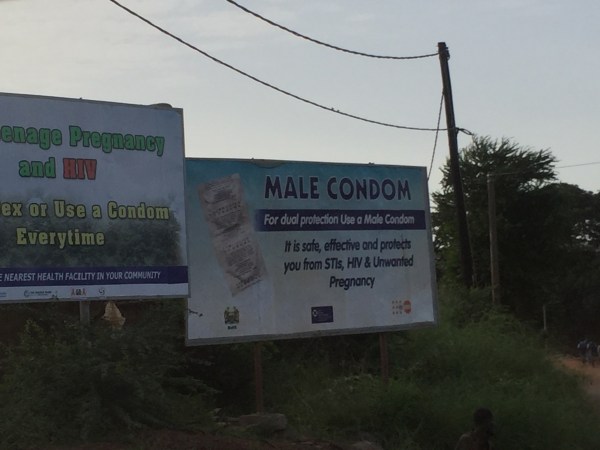 For dual protection…wait…what is the primary protection then?!?! Female condom?

Now, for the great escape. Earlier this week some unusual chimp screams led me to look out of the office and see staff running. Then I looked up and was eye to eye with one of the biggest males on the adjacent roof. It’s amazing looking back how my mind blocked that event – I didn’t remember those initial 30 seconds the next day, and for a moment, I was paralyzed until I realized what had happened and proceeded to lock the office door. My first instinct was ‘Who is that???” before, “Oh, he shouldn’t be THERE!” How the body works sometimes perplexes me. In any case, the offender, who shall remain nameless, was scared by a fight and proceeded to climb up the electric fence, ignoring the shocks, and somehow jumped over the overhang. The team was incredibly quick to respond and we were able to dart him safely and move him back into his den. Surviving this event with relative ease means I’m prepared for anything, right? Right?!?! 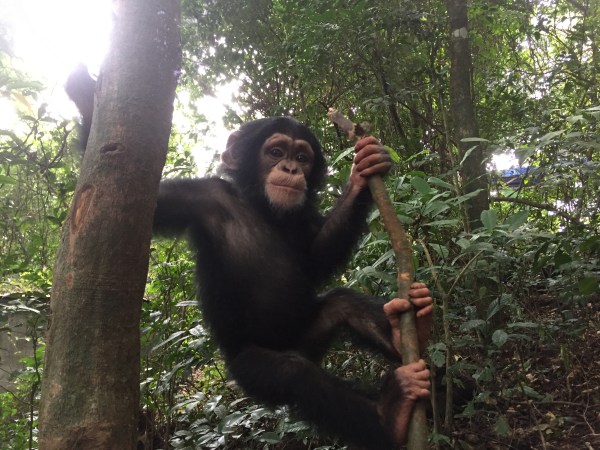 With another week comes another bar experience. Instead of a local village bar this time (arguably WAY more fun), we have been trying for weeks to go to this bar downtown that has live music on Friday nights (9PM till dawn…I don’t dare to find out who shows up at dawn…). Finally we arrived, and, well, it was 15-20 people around a bar with a giant empty room and an empty stage opposite the bar. Awk-warrrrrrd. Also there was one gruff old white man in the corner of the bar on a guitar singing…something. Well, we came all this way, so decided to have a drink, but barely a place to sit or stand just a big empty room where people awkwardly crowd around the bar. As the night progressed, a band finally entered the stage at 11:30 and the crowd grew. The next act was a group of drummers with rotating performers.

The first was an African rhythm dancer who drew people to the dance floor. Then came what I can only describe as jello-man. A teenager who was, I believe, double jointed everywhere, even in his pelvis. I’m pretty sure he did several 360s throwing his head through his legs and around again. His arms flipped in every direction possible or impossible. Breakdancing gone wild – absolutely incredible to watch! After him came the fire swallower/hula-hooper/juggler all-in one. I’m not sure he had the right technique for swallowing fire, as he was inches away from me and fire was still coming from his mouth after the baton was removed…He also kept sticking the batons down his pants…please don’t ask me why. The best part about coming home at 2am was that there was absolutely no traffic and all the dogs were asleep, making it MUCH safer to drive! 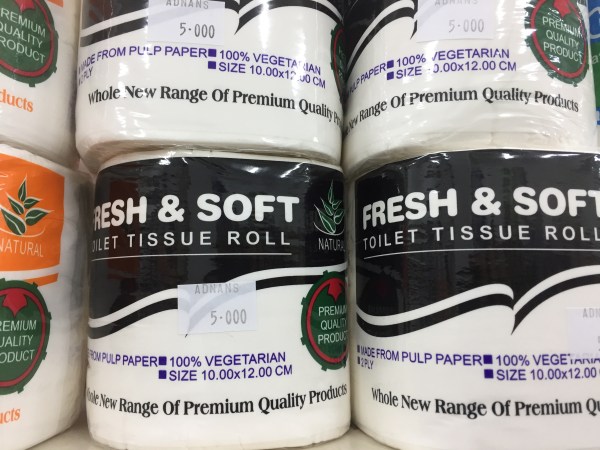 The next night brought another adventure as I drove into town alone for the first time – success! A few new friends showed me a fantastic restaurant on the ocean, super fancy looking with a stunning view. Upstairs is probably the fanciest place in Sierra Leone, a high-end casino with a strange Asian/Lebanese clientele who were far more underdressed than the staff. They were raffling off a Toyota Fortuner but I swear I (and not just me) heard ‘Full Tuna’. I mean, a full tuna fish probably costs more than the car! We also ventured over to the Chinese casino nextdoor, full of another eclectic mix. It’s hilarious how the idea of having a wild night out ended with touring casinos, as there’s pretty much nothing else to do downtown at night! Luckily on the $3 our friend had to bet, we more than doubled our cash (oooh! Ahhh!!) in a novel game of open-faced “Poker4” in which no one understands the rules but hey you win anyway! So we bar-hopped down the beach to some grungy place to spend our winnings having a beverage. 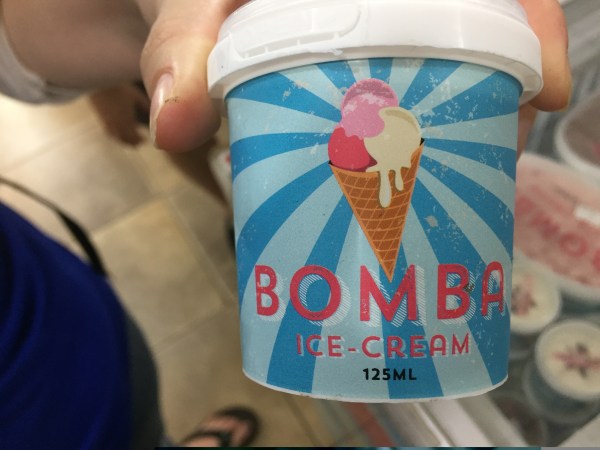 Bomba’s new line of ice cream…except someone beat her to it!

So, a “naweasy” week ending with some celebratory $7 winnings and a Fanta on a leopard-print bar couch…I’d say is a recipe for success, no?

P.S. I feel like a kid’s book series titled, “The Adventures of Bomba” would be a huge hit. Just a thought.