Long overdue for an update – I know, I know! It’s been a super busy few weeks here full of late nights at the office, yes even in slow-paced Africa. I must admit though, it was the long walks on the beach preventing me from writing a blog… 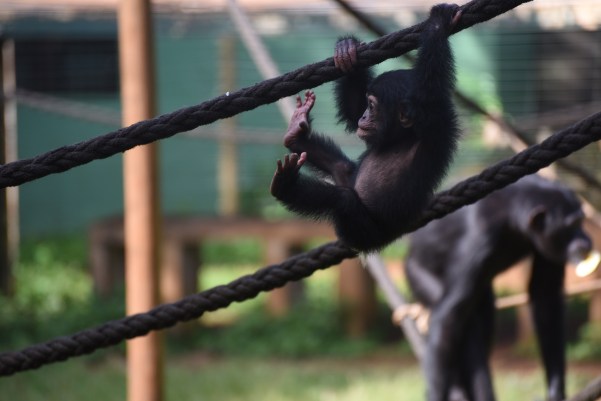 Big news in America this week, let’s just say I’m glad I’m in a country nobody really pays attention to for once. Everyone’s already talked it over to death, so no need to delve into that again, but let’s just say the fear of God has been put in all of us in terms of what is possible these days. What’s more scary/shocking/disappointing is not the leader or the government or anything, it’s the masses. The masses of people that voted for racism, misogyny, sexism, and divisiveness. The masses of people who did not vote for unity and love and the so-called American dream in opportunity for everyone. The masses of people who turn into mobs of people and start attacking their neighbours and friends and schoolmates over trivial identifying factors such as ethnicity or religion. It’s not Mr. Trump I’m so afraid of, it’s the critical mass of hate that is now validated not just in America and Britain, but across the globe. Time will only tell us what will happen. 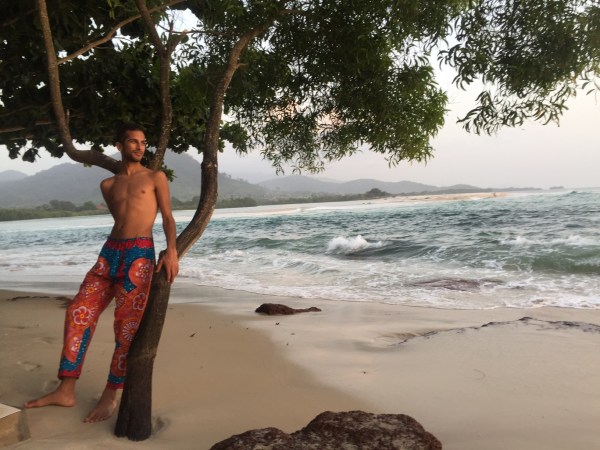 And with that – back to chimps, who also have incredibly complex politics! B fence, the long-awaited great move into the forest, is finally ready and will be happening today! Can’t wait to see how the young crew handles the forest for the first time. We have done everything possible to make sure the enclosure is fully functional and chimp-proof, but now is the final test. Somebody is a 10 year old chimp who repeatedly escapes (which makes for a great radio communication – “Somebody has escaped!” “Who?!?” “Somebody!”) and makes her way to the kitchen, even though she only has one hand, the other likely lost to a snare. Will somebody pass the test? Well…Somebody will, I hope!

For the past few weeks, Bomba’s brother has been bringing our supplies, as she has been in the last few weeks of her pregnancy (who knew?!). I ask her twice a week if she’s had the baby and the answer is always ‘not yet’! But she called me this week to say she had a lovely baby boy! No name yet though. And somehow with a newborn infant she still managed to buy over 1500 bananas and all our other food at the market! I wonder if Baby Bomba will look like her…her brother surely does not! 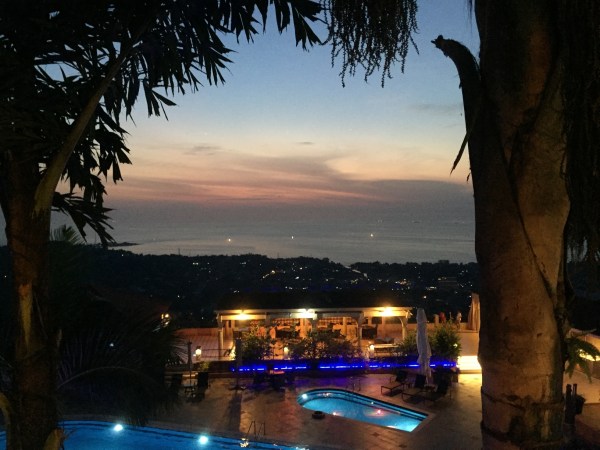 The restaurant/hotel view I had while talking to Grandma!

Speaking of babies, baby Joko’s rash has disappeared on its own, which means no more struggling with Jerry although she was doing well at letting me access her baby. Otherwise in chimp land, things are going well, just treating a few deep flesh wounds from a fight and continuing to collaborate with people overseas to solve our disease issue here. Even met with a team from the CDC last week to expand our circles and pool our brains together in an effort to create a new approach for our disease investigation. 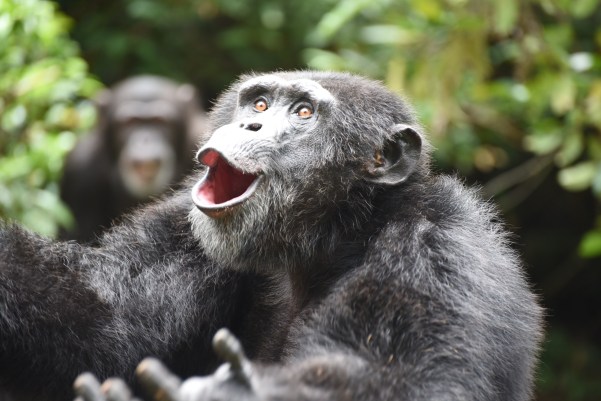 Tito, alpha male of one forest group, in his prime!

Last week was incredibly busy and difficult on a few of us as one of Bala’s 16 dogs fell sick. I was going to write a blog on how challenging veterinary medicine is but then ended up doing some intensive care treatment and barely had time to sleep! Basically, this is a country with 1 vet + myself. Which means super limited in terms of veterinary drugs asides from what people bring in for us (of which much is expired). Although we use a lot of human drugs in dogs & cats, there are a few vet drugs that are indispensable (get it?!?! Ha…ha…). Not having access to those means having to be creative with what you can use and know to be effective. There are also a ton of common drugs here which I am unfamiliar with and never learnt in school…so in order to use them I have to learn a whole lot more! And finally, the limited diagnostics make for super challenging empirical medicine. At my clinic in Ontario, due to limited finances of clients we often had to treat empirically as a trial to see if things improved, but if they didn’t we would find a way to yield SOME more information. Here, it’s not so easy. So Bala’s dog stopped eating for a day – big deal right? Probably just a stomach ache or something foreign he ate. But his condition began to decline with no specific signs except lethargy and not eating. Not responding to drugs in 2-3 days (never a good sign) – we ran some blood tests and started him on IV fluids and supportive care but he just got worse and worse until he eventually passed away. It was extremely sad for the family as he was one of their most cherished dogs, and extremely difficult for me as I felt there wasn’t much else I could do in this environment. For someone who has already given me so much opportunity, the least I could do was save his dog, but it just wasn’t meant to be. Though, I can’t say we could have done any much more for him back in Canada. 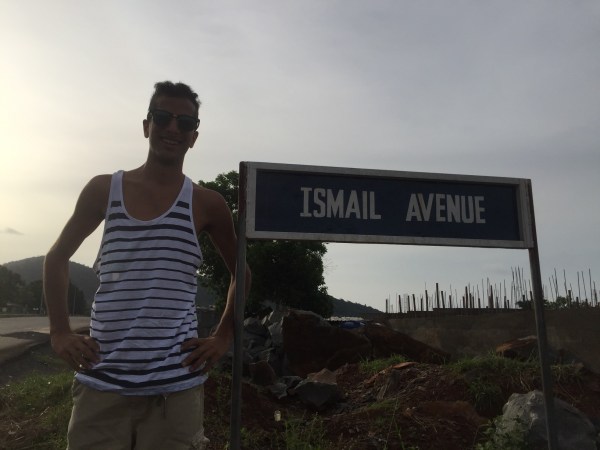 To recuperate, I spent another day in paradise last weekend with friends Philippe and Conde and we will return there this weekend. We decided to do two nights on the beach in a simple lodging they have at River #2. Arriving at midnight and going for a swim at low tide under the almost full moon is an indescribable bliss. I’m also at a loss for words with how perfect it is to wake up with sunrise on the ocean, have breakfast as the tide pulls out, enjoy a day on the beach and warm ocean/river water, and then watch the sunset at dinner as the locals begin to dance on the shore. It felt like I was on vacation in the best place on earth, yet this is where I work and spend my weekends…how? I have no idea! And, after weeks of searching for the perfect design, I finally got my Africana pants made, and ended up buying two – oops! New beachwear and sleepwear and African party wear and – well, the possibilities aren’t that endless – brought to you by Dolce & Abu and Issa…minus the Dolce. 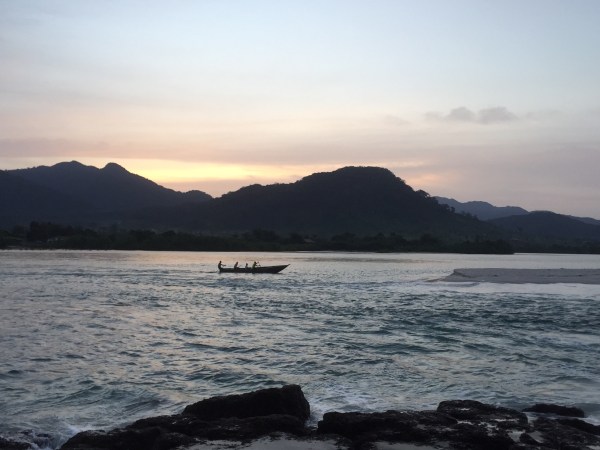 In other therapy we recently had another yoga retreat at Tacugama, with the inauguration of our new yoga platform in the heart of the forest. FYI, an incredible way to re-energize and center yourself in the midst of whatever chaos is ensuing. We had a candlelit sunset session surrounded by nature and there was a morning session just after sunrise the following day. And, finally, I got to chat with my grandma after a month and we shared many laughs – especially over the amount of palm oil in the food here and how I’m still the same weight! Calories defy me! My Ma is off to the land of Amur’ca for a few months to spend with my other family there and stay warm over winter. Hopefully you’re not too lonely, Mom & Dad! 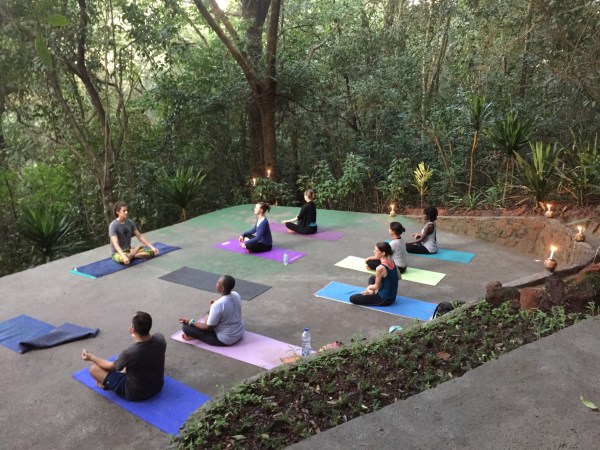 Yoga retreat on our new platform 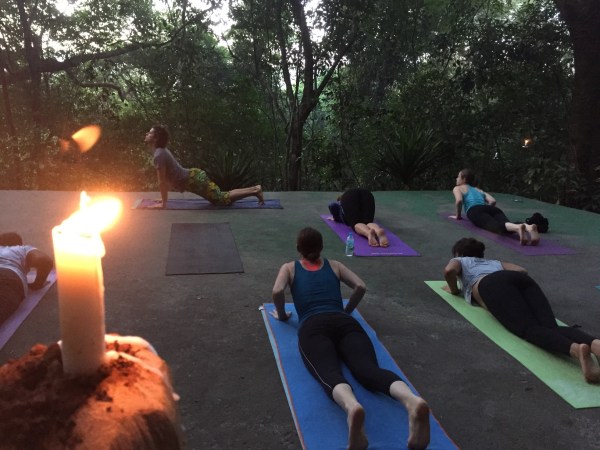 I’m super excited to learn that one of my beloved vet technicians (and maybe 2!) are coming to visit me in a few months! My first official visitor! It would be amazing to show people from home this place – not only to welcome them to the world of jungles and chimps, but to share with them my new home, and share this country that so many people have such dark impressions of, but is actually a wonderful place to be and live. Sadly, my dear friends Philippe and Conde shall be leaving soon and onto new adventures in Geneva/Rio and Denmark – wishing them the best in their new lives but will miss my beach buddies!!! 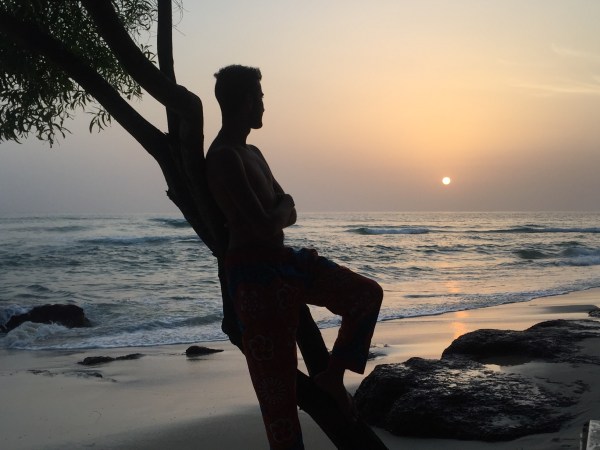 Salone’s NEXT next top model

Today was SUPER cold all of a sudden (I know, I know, its almost winter in Canada). After weeks of dry sun, today we were living in a cold cloud of about 25-50 meters visibility and so dark we needed all the lights on in the daytime. The cool mist blowing everywhere – except lacking the humid moldy parts from August. Raining most of the day, apparently this signals the beginning of the Harmattan season where it gets super chilly. And here I thought the floods of August were over and the hot dry season was beginning! Well, I’m just not going to anticipate ANYTHING anymore when it comes to weather or climate here.

P.S. Just for you Katie…finally got a picture of Godzilla and her egg packet full of babies… 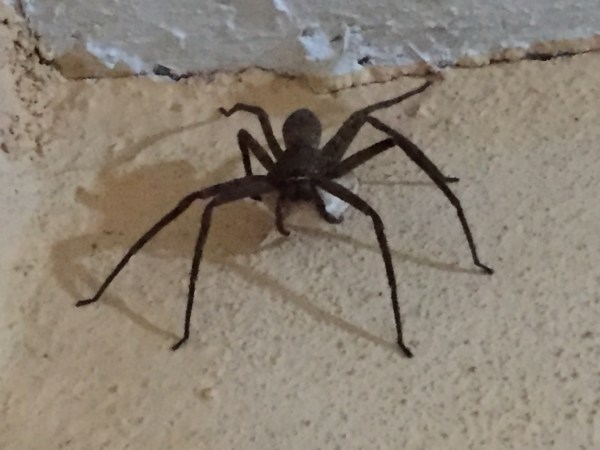